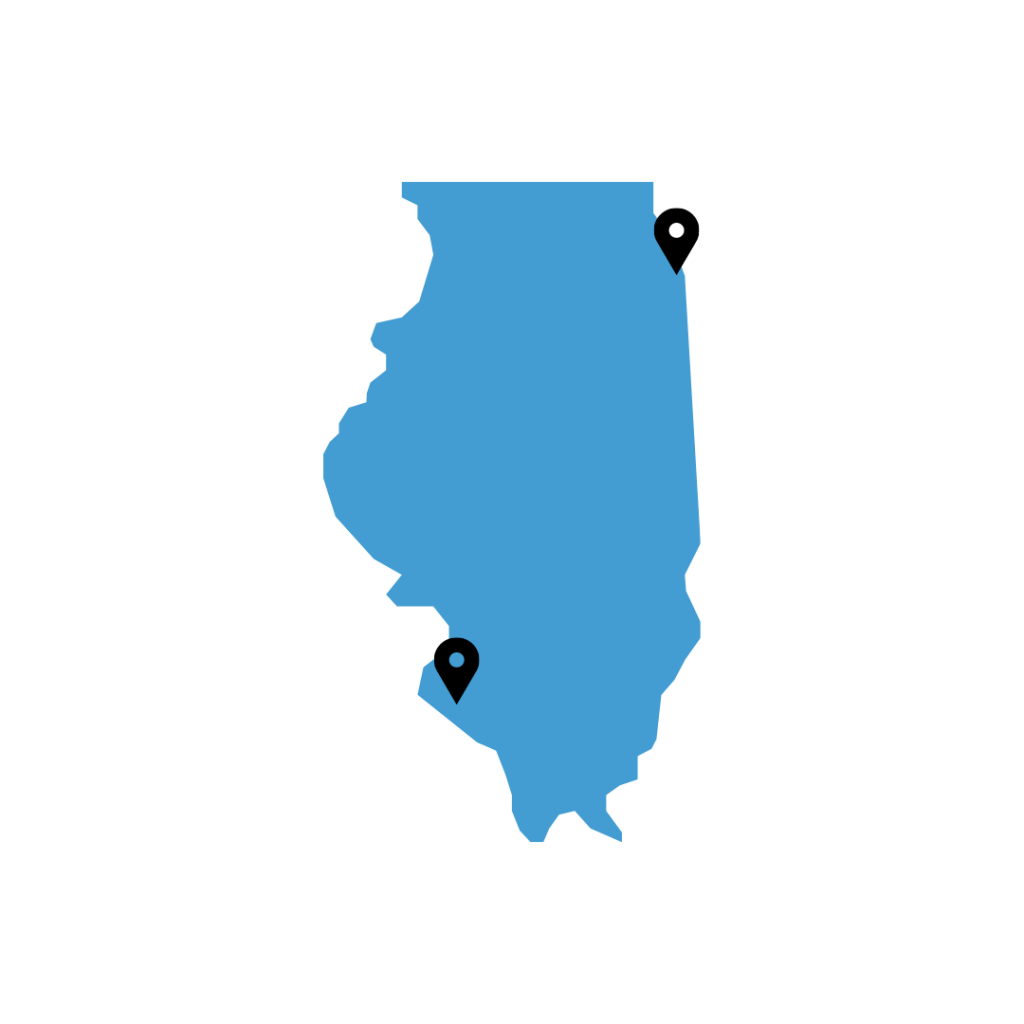 In a unique partnership with the State of Illinois, Governor JB Pritzker, and numerous other community partners, PCs for People is working to expand digital access in the state. This expansion is aimed toward putting computers and other mobile devices into the hands of Illinois residents – assisting more families with access to high speed internet for e-learning, remote work, telehealth, and more.

PCs for People’s statewide network will include two central warehouse locations – one in southern Cook County and the other in the Metro East Region – to receive, refurbish, and redistribute computers for use by low-income households around the state. Between its two initial locations, the partnership will create at least 30 locally sourced jobs and the statewide network will align with and add value to similar existing efforts operating at the community level.

Computer and internet distribution events have already started in Southern Illinois with the Metro East warehouse and store expected to open in December. Computers are currently being collected for our Cook County location, which will provide computers and internet to 46 Counties in Northern Illinois starting in early 2021.
Phone: 618-215-3787

We are currently holding distribution events in the following counties:

Perry County
Coles County
Visit our event registration page to register for an event in these counties.
Eligibility Requirements
You must meet eligibility requirements in order to receive devices. View them at www.pcsforpeople.org/eligibility/

Fill out the form below if your county is not listed to be advised when an event near you becomes available.

Individuals looking to recycle their computers should send them to:

If you would like to make a financial contribution to our operations, make a donation below.

If you and your organization are interested in partnering with us, we’d love to hear from you! Fill out this form and let us know how you would like to partner with us.