When it comes to national rankings, the state of Missouri is in the top ten for natural environment and affordability. But the COVID-19 crisis shined a light on where Missouri is far behind when compared to other states: internet connectivity.

Missouri’s rate of people without high-speed internet access is 41st worst out of 50 states. The situation is particularly bad in Missouri’s rural areas, where over 1 million people lack access to a broadband internet connection in their homes, a number that is on par with much more populous states such as California and Texas.

While this ‘digital divide’ has been a concern for a long time, when COVID-19 forced schools to move all learning online this past March, it became a critical issue for millions of families in Missouri almost overnight. Instead of traveling by car or bus to school each day, suddenly students from kindergarten through high school had to go online to join video classes and complete their homework assignments.

For families who lacked internet access and laptops or tablets, schools scrambled to fill the gap by providing Wi-Fi hotspots and working with community partners to find new or used devices. Connecting for Good was proud to be part of this solution by distributing thousands of refurbished computers to households all over Kansas City. But the reality is that children who couldn’t access such technology simply missed out on school – leaving them further behind their classmates.

According to a recent national study, 25 percent of Missouri students in grades K-12 lack laptops or tablets, and 36 percent do not have high-speed internet at home. Moreover, nearly 2,000 Missouri secondary teachers don’t have access to a laptop or tablet at home and more than 8,000 go without high-speed internet. Our students’ success in this state is compromised when teachers can’t stream online instruction to their students.

With school closures and online learning required this fall because of the pandemic, it is urgent that the hundreds of thousands of children in urban, suburban, and rural communities in Missouri get connected to high-speed internet for their at-home education.

The good news is that we can bridge this digital divide if we act quickly and decisively. First, the HEROES Act, passed by the U.S. House of Representatives in May, included $1.2 billion to purchase laptops, tablets and Wi-Fi hotspots for students; but the U.S. Senate should go further and invest $4 billion to empower this digital infrastructure effort. Second, the City of Kansas City and the Federal Reserve Bank of Kansas City, among others, are donating computers to Connecting For Good, and we need other municipal governments and local businesses to do the same. Third, Connecting For Good has been acquired by PCs For People, the nation’s largest nonprofit recycler and refurbisher of donated computers for low income communities. Our scaled nonprofit provides a secure and reliable partnering option for both public and private enterprise. All three combined provide a strong promise that we can meet the back-to-school demand for home tech like never before.

I have seen the joy on parents’ faces when they are able for the first time to access the internet through broadband and a laptop at home, recognizing that their children will have a better shot at staying on track with their schoolwork. You can help spread that joy by urging your U.S. Senator to increase funding for digital inclusion today. With more federal infrastructure funding and more businesses donating computers, we can bring this same hope to hundreds of thousands of bright and motivated children across Missouri. 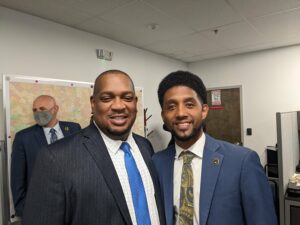 AT&T Contributes $500,000 to Help Bridge the Digital Divide in Baltimore 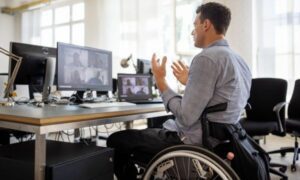 How to actively support digital equity in the workplace

This guest blog post was written by Claire Hegstrom, Social Impact Strategist at Alliant Credit Union. Thank you to Claire […] 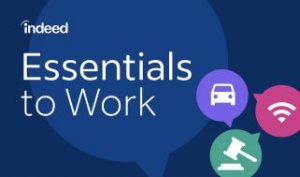 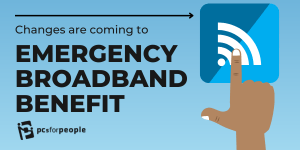 An Important Update About the Emergency Broadband Benefit

Starting Dec. 31, 2021, the current Emergency Broadband Benefit program by the FCC will transition to the Affordable Connectivity Program […]